What to Pack in Your Carry-On Bag 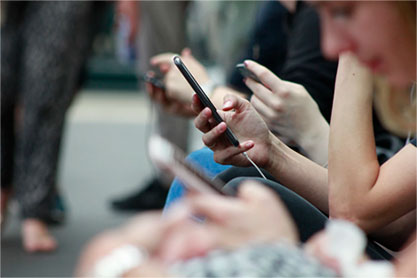 Longer flights often make you want several items in hand. Due to security reasons certain items are prohibited for cabin and even regulated. Here is a list of everything you need to know to avoid any on the spot inconveniences.

Liquids over 3.4 ounces or 100ml
The liquids restriction is pretty universal nowadays, though enforcement may vary. To be on the safe side, stick to the rule: all liquids must be in containers of no more than 3.4 ounces or 100ml, and all containers must fit in a clear, one quart sized zip top plastic bag.
You can still travel carry-on only with liquids. A 100ml bottle of shampoo just lasted me approximately 40 showers. Buy travel sized containers and fill them with shampoo, shower gel, and any other products you want to bring on your trip. Buy things like toothpaste in travel sizes. There are special rules for medications, but these vary by country. Check with the country you will be flying out of for their rules, but in most cases you will need to let the screening agents know that you have liquid medication in addition to one quart bag you are allowed.
Take note of these items passengers often forget about which are considered liquids: peanut butter, mascara, snow globes, aerosols.

What toiletries can you take on a plane?
You can take toiletries or other liquids that are in containers no larger than 3.4 ounces (100ml), and they must all fit in a one quart (one litre) clear zip top bag. This includes liquids, gels, and aerosols. If you must pack more toiletries than these allowances, you will have to pack them in checked luggage.

Sharp objects
This one should be self-explanatory, but sharp objects are prohibited in carry-on luggage because they could be used as a weapon. If you simply must bring a knife, box cutter or sword on your trip, it must be packed in your checked luggage. Scissors that are less than 4 inches long, like nail scissors, are generally allowed by TSA, but since the final decision rests with the agent, just be aware that they could confiscate it.
Rules in other countries can be different from those in the US, so check it out before you fly from somewhere else. For example, many countries state that scissors are only permitted if they are shorter than 6 centimeters from the pivot point. That’s only 2.36 inches, shorter than what TSA allows in the US.

Can you bring a razor on a plane?
Taking razors on an airplane can be a little confusing. Straight razors and blades for safety razors are not allowed in your carry-on luggage. However, you can take a razor through security if it’s a disposable razor. That means the actual blade is attached to a handle, like the kind most of us use to shave. Electric razors are also allowed in your carry-on.

Sporting equipment
Baseball bats, ski poles, pool cues, bows and arrows, hockey sticks, golf clubs, and pretty much any other sporting equipment containing the words stick, pole, bat or club cannot be brought on the plane as carry-on. If playing sports will be part of your travels, consider renting equipment at your destination. If you’re quite attached to using your own sports equipment, you’ll probably need to check it.

Guns
Obviously a gun is a weapon, and they don’t want you bringing it on an airplane in your carry-on bag. Most guns are permitted in checked luggage as long as they are empty, and they must be in a locked, hard-sided container. Check with your airline about other restrictions and/or fees they might have. Some items, such as flares and gun powder, are not even permitted in checked luggage.
Before you travel, research the gun laws in the state or country you’re going to. Different states throughout the US have different laws, and many other countries heavily restrict or prohibit personal gun use and ownership.

Self-defence items
Self-defence items, like pepper spray or mace, are not allowed in carry-on luggage. These could be considered a weapon by TSA, so leave them at home. If you really want to bring it along for your trip, the TSA website says you are allowed to have one 4 ounce container of mace or pepper spray in your checked luggage “provided it is equipped with a safety mechanism to prevent accidental discharge.” But always check with your airline since they might have stricter regulations on this.

Tools
Most, but not all, tools are prohibited in carry-on luggage. If you’re planning on bringing your tools with you, you will most likely need to put them in checked luggage. You might not think of a hammer or drill bits as weapons, but TSA’s opinion differs.

Lighters, matches and other flammable items
Please leave all flammable chemicals and items at home. If you feel you must have fireworks, bleach or paint thinner on your vacation, buy them when you arrive. These and other flammable and explosive items are prohibited in both carry-on and checked luggage. Lots of camping gear, like camping stoves, is considered flammable as well.
Check with TSA and the airline for rules and restrictions. If possible, get the equipment you need once you arrive to avoid the hassle. TSA does allow one book of safety matches in your carry-on, but matches are not allowed in your checked luggage.

Are lighters allowed on airplanes?
You can bring a lighter on a plane in your carry-on, though usually only one is allowed. Lighters can only be checked if they have no fuel in them.
Can you bring e-cigarettes or vaping devices on a plane?
Yes, you can take e-cigarettes or a vape on a plane. In fact, TSA requires you to pack your e-cigarette/vaping device in carry-on, not checked luggage. The liquid you need for it must also fit within the liquid allowances.
Meat, fruit, vegetables, and other agricultural products
When travelling internationally, most countries prohibit you from bringing in meats, fruit, vegetables, plants, and other agricultural products. If you want to bring an apple as a snack, just make sure you eat it on the plane. Otherwise it will be confiscated on arrival, and you could find yourself facing an angry border agent.
Certain countries, like Australia and New Zealand, are even stricter and won’t allow things like wooden souvenirs you may have picked up somewhere else.

This list of what not to pack in your carry-on bag is not all inclusive. Regulations change often, so please check the TSA (or other countries) and the airline websites before you fly. Despite the long list above, it’s still pretty easy to travel carry-on only. Be realistic about what you need to take on your vacation, buy restricted items you need once you arrive, and enjoy your trip!

Most Popular
Answer Genie becomes a Dating Guru for Baby Boomers
3 Min Read
What to Pack in Your Carry-On Bag
5 Min Read
How to file my taxes?
4 Min Read
Answer Genie Guides You To Become More Tech Savvy
2 Min Read

Stay up to date with the latest marketing, sales, service tips and news.